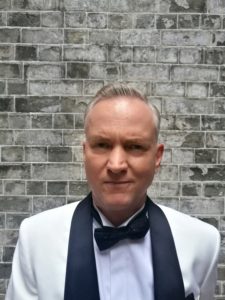 This is my second year in this postion, and it’s a busy, very important role in a world class , Chinese and internationally recognised major Art event/institution/organisation and all its associated activities and duties;

Professor of the Art Research Institute of Anhui Academy University

This really is a honararium, as it’s an unpaid position, however, they pay all costs when they want me for events and other duties, and it’s a feather in my cap as an artist;

Honorary Precedent of Koalahong Academy of painting and calligraphy.

This Chinese Ink society is based in Melbourne and Guangzhou, and its again recognition of my role in the Art world;

This is a prominent contemporary art group based in Beijing, I was the first foreign artist accepted to it;

Development consultant for Golden Key International Alliance
I act as an ambassador for this group in China, and give awards around China to service industry personnel , especially concierge operations, its HQ is in Europe , its an old well respected association and widely recognized;

The only foreigner at executive level in this Chinese chamber of commerce, I was appointed by the then Secretary, who is now CEO, I act as facilitator/conduit for foreign groups to meet Chinese groups/business/organisations in the industry,

I have been advising and assisting Australian and other nations business and organization since I first became involved with what was then The Netherlands chamber of commerce, it has been a very educational journey, and I like helping people and groups do their best;