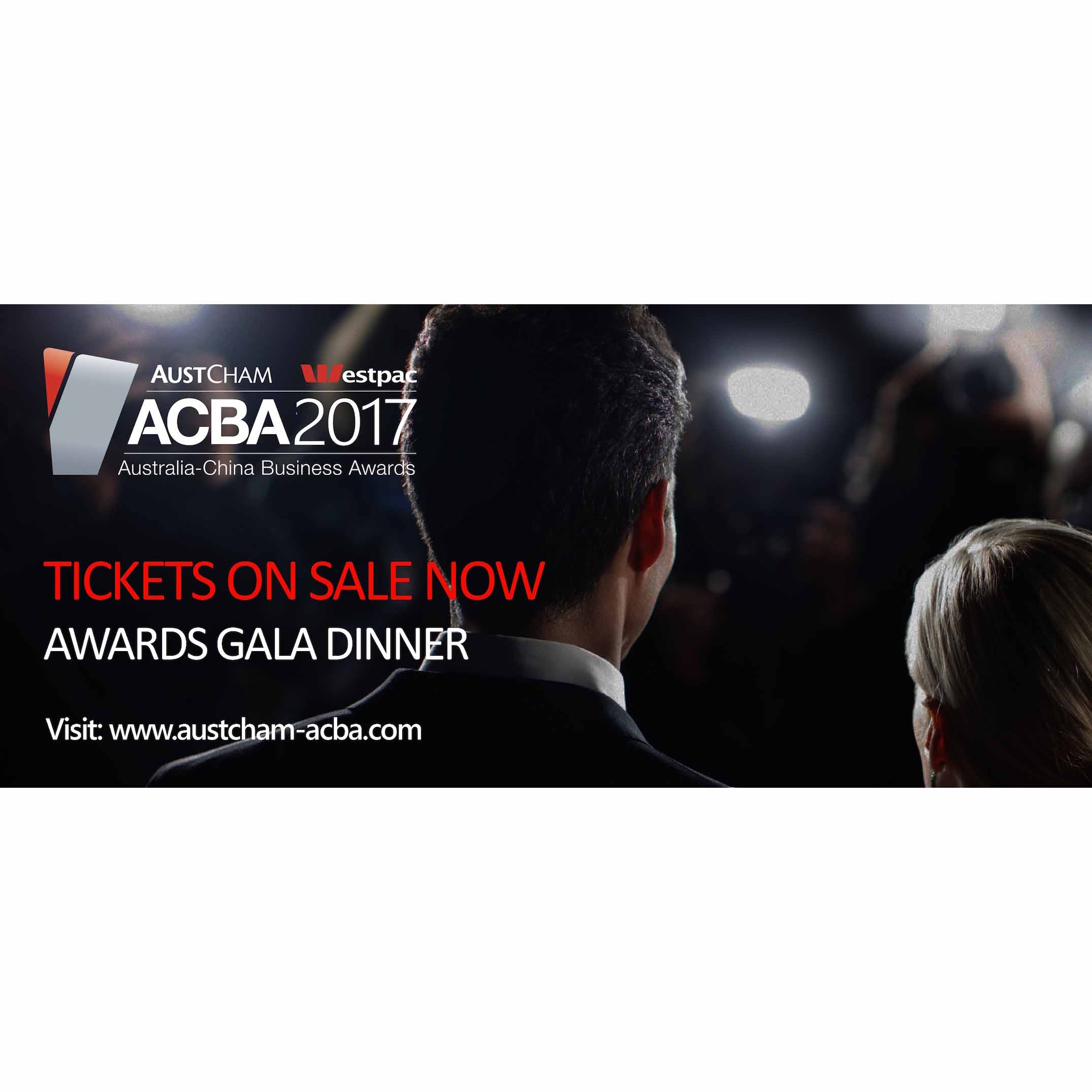 The AustCham Westpac Australia-China Business Awards (ACBAs) has for 24 years been a means of recognising Australian and Chinese companies working between the two countries in the Greater China region. These awards have grown in stature over the years and are now acknowledged as a high profile celebration.

The Awards recognise the success of Australian and Chinese businesses in Greater China across a broad spectrum, from small entrepreneurs through to large publicly listed companies.

Winners of the AustCham Westpac ACBAs are announced at a gala dinner in rotating cities across Greater China each year. This year, AustCham Beijing will have the honour of hosting the ACBA awards dinner on Thursday May 18th. There will be media coverage from both China and Australia allowing the remarkable achievements made in Australia-China business to be broadcast to a wider audience.

Amongst the many benefits that finalists and winners of the Awards program receive is participation in an extensive promotional campaign that reaches the media, government entities and leading business decision makers across Greater China and Australia.