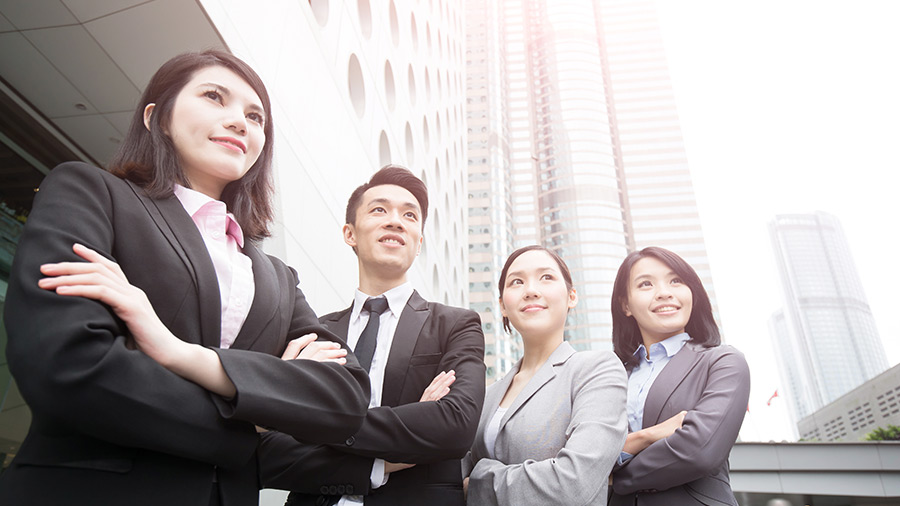 Over the next five years, subsidies will be granted to overseas high-end and urgently-needed talents working in the Greater Bay Area. China Briefing explains the current tax situation and incentives introduced.

According Cai Shui [2019] No. 31 (“Circular 31”), which was released by the Ministry of Finance earlier this March, overseas high-end and urgently-needed talents (including Hong Kong, Macau, and Taiwanese residents or “HKMT residents”) working in the Greater Bay Area will be eligible for subsidies to offset differences in the individual income tax burden between mainland China and other regions. The subsidies will be for a period of five years, ending December 31, 2023.

China’s State Council aims to turn Hong Kong, Macau, and its nine neighboring cities in the south of Guangdong province into an economic super-region, known as the Greater Bay Area.

This means opening-up on all fronts and furthering its practice of ‘one country, two systems’. The Greater Bay Area project will cover an area of about 56,600 km2 (21,853 sq mi), and an estimated population of almost 70 million.

To assist the early-stage implementation of the Greater Bay Area and to attract more specialized talent, the Chinese government has even agreed to absorb the IIT difference between mainland China and Hong Kong, which enjoys a lower income tax rate.

The new favorable tax policy is the latest measure introduced to facilitate the smooth implementation of the Greater Bay Area master plan and to mobilize the flow of talent within this region.

Where do the IIT subsidies apply?

Local governments will follow relevant standards established in Guangdong and Shenzhen to decide target recipients of these personal tax subsidies (that is, who are the ‘overseas high-end’ and ‘urgently-needed talents’), as well as the exact amount of the subsidy. 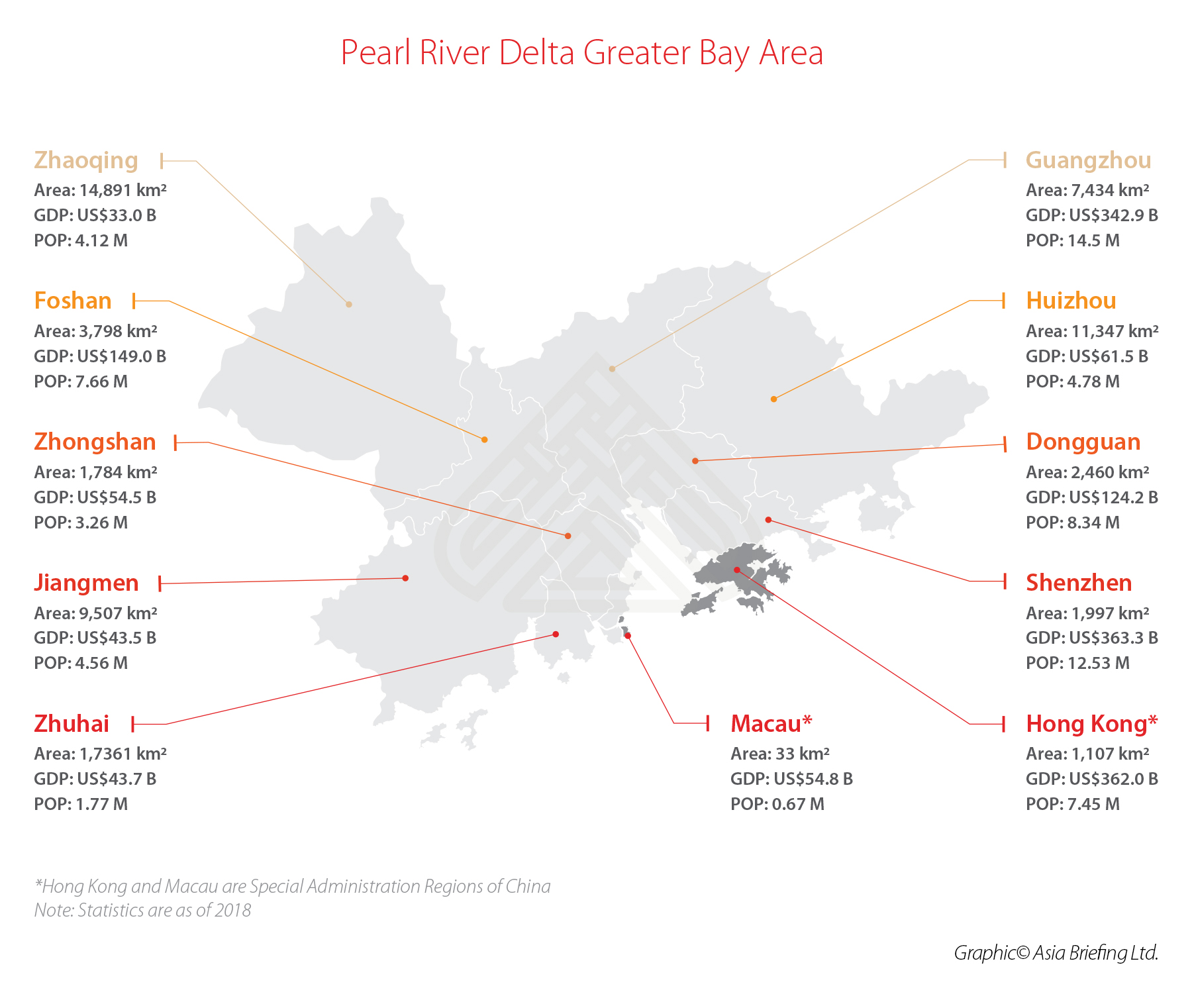 Why the alignment with Hong Kong?

Hong Kong is generally subject to a lower tax rate than that in mainland China.

To illustrate this point, Hong Kong residents earning income within the top tax bracket are subject to a progressive rate of 17 percent while China imposes a 45 percent tax rate on its highest income earners.

The subsidy, therefore, will ensure that overseas talent working in the Greater Bay Area are no worse off than they will be in Hong Kong.

The subsidy, which will be exempt from IIT itself, will be available for five years, ending December 31, 2023.

What is the current tax situation for foreigners working in China?

Together, the announcements make clear that overseas residents working in mainland China will be exempt from paying IIT on income sourced outside of China unless they reside in China for six consecutive years.

A summary of the IIT payable for an individual without domicile in China can be found below. 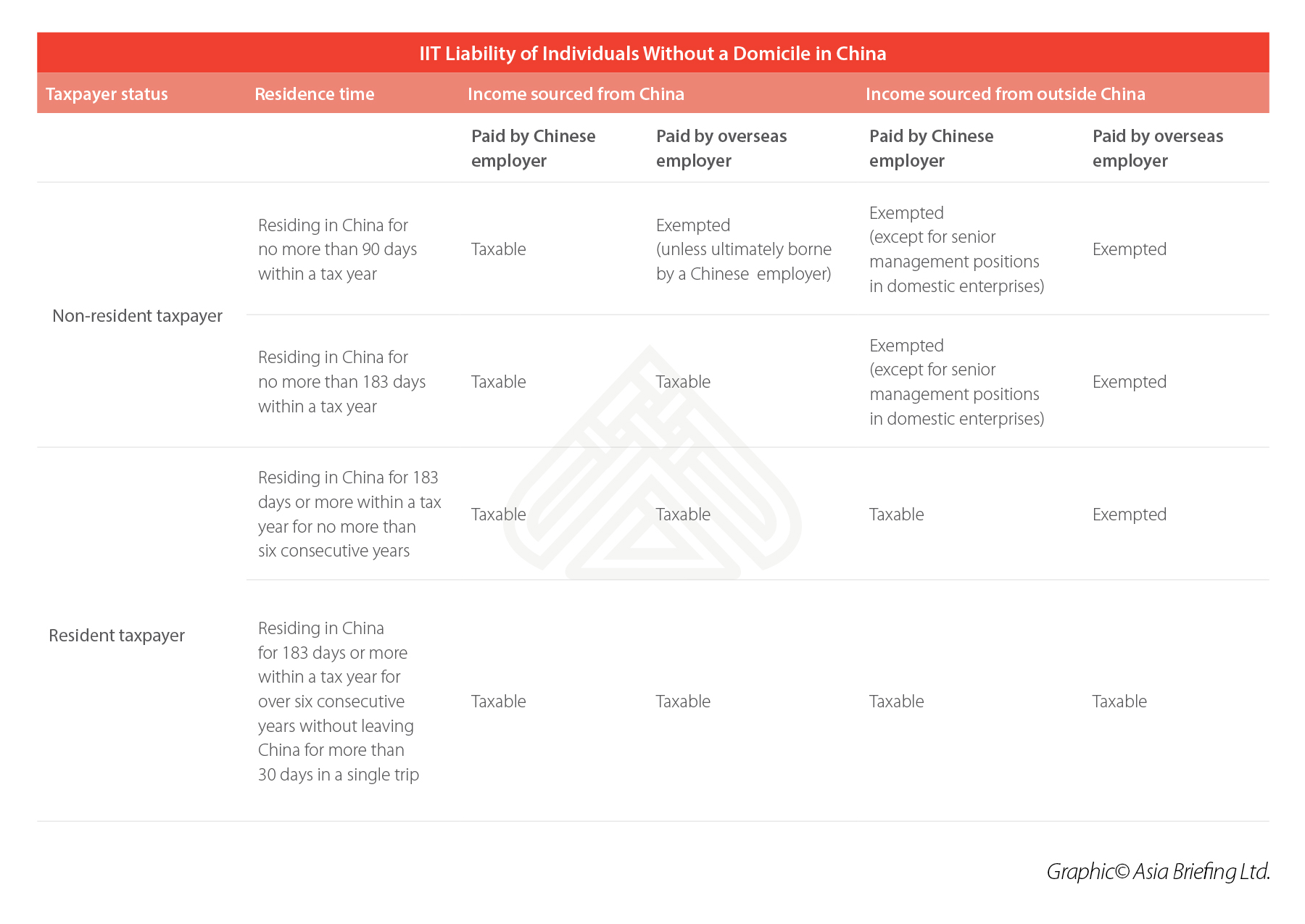 Will the incentives attract HKMT talent to the Greater Bay Area?

Over the past year, the Chinese government has introduced various measures to encourage HKMT residents to work in mainland China.

Last year, the State Council removed the need for HKTM residents to acquire a work permit while working in mainland China. A month later, HKMT residents could start applying for a new Chinese smart card, giving them access to 18 types of schemes and services in China that their mainland Chinese counterparts also enjoy.

However, despite declining prospects in their home city, and access to the mainland made easier for HKMT – young people from these regions remain largely resistant to the idea of working in mainland China. It now remains to be seen whether this reluctance will hold true for the Greater Bay Area as well.

In a recent report by the Hong Kong Youth Power Association, considered to be a pro-Beijing Group, 58 percent of young people were found unwilling to consider working or living in mainland cities covered by the Greater Bay Area project.

However, 61 percent of those interviewed stated that a government-backed start-up fund or some sort of subsidy would lead them to more seriously consider moving to mainland China.

In light of these results, the IIT subsidy could encourage more HKMT youth to work in the Greater Bay Area, although these measures alone cannot be relied upon to cause significant changes in attitudes.

As summarized by the Secretary for Constitutional and Mainland Affairs, Patrick Nip Tak-Kuen, “We are not saying youngsters must go to the mainland for [career] development, but it is rational for them to understand opportunities offered by the Greater Bay Area and consider then.”

Dorcas is an Associate Editor for Asia Briefing and is based in the Shanghai Office. She specializes in regulatory and legal updates relating to China’s unique and dynamic business environment.

As part of the Editorial Team, Dorcas contributes to both the open-source website content as well as the magazine publications across Asia Briefing’s various regional platforms.

Prior to joining Dezan Shira, Dorcas studied Bachelor of Law and Arts (Double Degree) at the University of Adelaide and graduated with Honors. During her studies she completed a one-year exchange at North Carolina State University where she majored in Political Science.

She has previously worked as a law clerk at a commercial law firm in Australia predominantly in Corporate Law, Taxation & Revenue and Workplace Relations. During this time, she assisted domestic and international clients on both advisory and litigious matters and co-authored a tax article that was published in the Asia-Pacific Tax Bulletin.

Over the years, she has also accumulated a great understanding of the China-Australia business landscape, having been actively involved in the China Business Network in South Australia, Australia China Youth Association and recently completed an internship at the Australian Chamber of Commerce in Shanghai.

Since its establishment in 1992, Dezan Shira & Associates has been guiding foreign clients through Asia’s complex regulatory environment and assisting them with all aspects of legal, accounting, tax, internal control, HR, payroll and audit matters. As a full-service consultancy with operational offices across China., Hong Kong, India and ASEAN, Dezan Shira & Associates is your reliable partner for business expansion in this regional and beyond.

This article was first published by China Briefing, which is produced by Dezan Shira & Associates. The firm assists foreign investors throughout Asia and maintains offices in China, Hong Kong, Indonesia, Singapore, Russia, and Vietnam. Please contact info@dezshira.com or visit our website at www.dezshira.com.