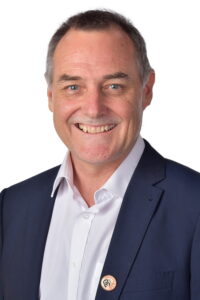 Greg Smith is the Head of School at Shekou International School, the oldest and best regarded international school in Shenzhen.

He is also Vice President: Asia Pacific for International Schools Services (ISS). ISS is based in Princeton USA and has been managing schools for more than 60 years across the globe. In this role he is responsible for opening and managing schools across the region and currently oversees more than ten schools with new projects underway in several cities.

Greg is originally from Western Australia where he was a teacher, a principal, a curriculum advisor and superintendent. He considers himself fortunate to have held senior administrative roles in schools in Beijing and Vientiane prior to returning to China and Shenzhen in 2018. He retains a home in the south west of Western Australia where he can indulge his enjoyment of craft beers and fine red wine, sea food and nature.

Greg holds a Masters in Educational Administration and an Advanced Diploma of Management from Edith Cowan University. His two children have graduated from international schools and his wife has been an international educator, so his family’s commitment and connection to education is strong. He is particularly interested in building networks between schools and communities so that learning is relevant and prepares students for the word they will inherit.