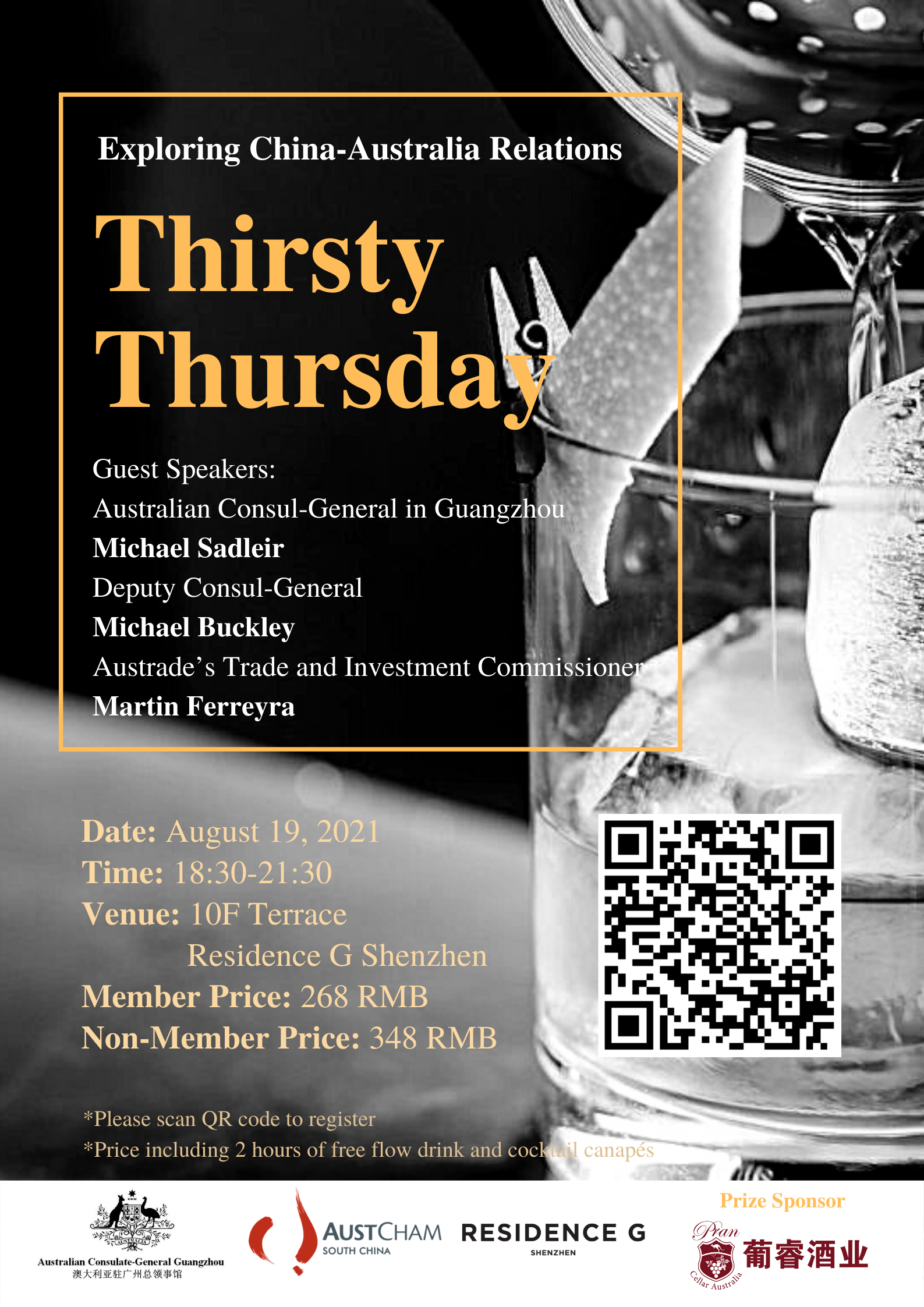 Mr. Sadleir is a senior career officer with the Department of Foreign Affairs and Trade (DFAT). He has served in a variety of roles including assignments in China and the United States. In Canberra, Mr. Sadleir has served as head of DFAT’s East Asia branch, Director Consular Operations, as Executive Officer in the China Economic and Trade Section, and as a Senior Adviser, Asia and Afghanistan, in the Department of the Prime Minister and Cabinet.

Mr. Buckley, also a career officer with DFAT, brings experience from working across a range of government departments including in the international development, climate, foreign policy, and immigration areas. He has experience working in China, Japan, and Indonesia, as well as on Australia-Europe relations.

We would also like to give a warm welcome to Mr Martin Ferreyra, Austrade’s Trade and Investment Commissioner, South China. Mr. Ferreyra had worked across development and trade, in an advisory capacity in both the public and private sector, across South America, Australia, and Africa.

The global pandemic and a changing political and economic landscape have presented challenges and opportunities for our members. We hope that the experience these guests bring can inform and provide substantial insight into how to manage these changes to support our members and allow their organizations to continue to grow and thrive in China. 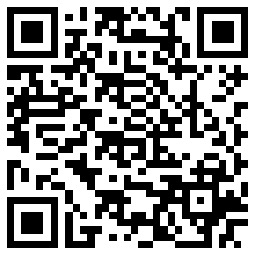 *No ticket will be refunded will be available, but can be exchanged with a friend in case of cancellation. All ticket exchanges are the responsibility of payee. 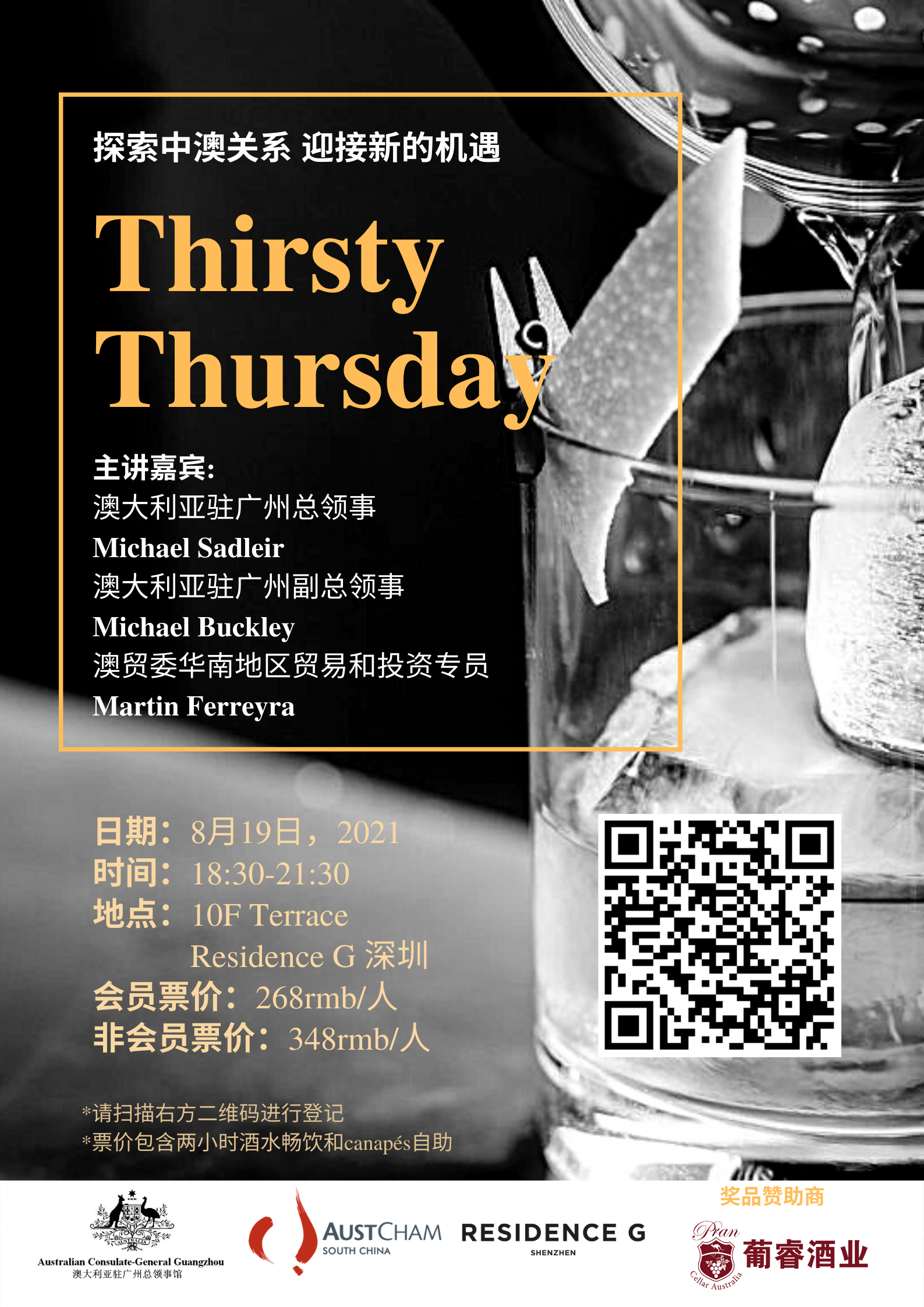 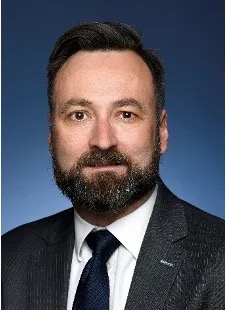 Mr Michael Sadleir took up the role of Australian Consul-General in Guangzhou in March 2020. Mr Sadleir is a senior career officer with the Department of Foreign Affairs and Trade.

Prior to this assignment, he served most recently as Assistant Secretary, East Asia Branch and has previously served overseas in Beijing, Washington and Guangzhou. In Canberra he has worked with DFAT as Director, United Nations Security Council Taskforce; Director Consular Operations; and Executive Officer, China Economic and Trade Section. He was also Senior Adviser, Asia and Afghanistan, Department of the Prime Minister and Cabinet. 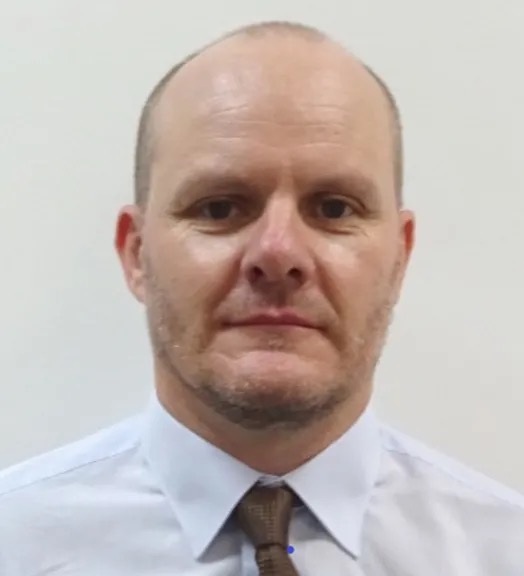 Deputy Consul-General at the Australian Consulate-General in Guangzhou

Mr Michael Buckley is currently the Deputy Consul-General at the Australian Consulate-General in Guangzhou. He has been working at the Department of Foreign Affairs and Trade since 2013.

Prior to this, Mr Buckley worked in the Department of the Prime Minister and Cabinet and before that, at Australia’s Department of Immigration and Citizenship. Mr Buckley is a career public servant. Within the Department Affairs and Trade, he has worked on climate and energy issues, Australia-Europe bilateral relationships, and development cooperation with South East Asia, particularly Indonesia.

Mr Buckley holds a Bachelor of Science, a Bachelor of Laws and a Diploma of Legal Practice from the Australian National University. 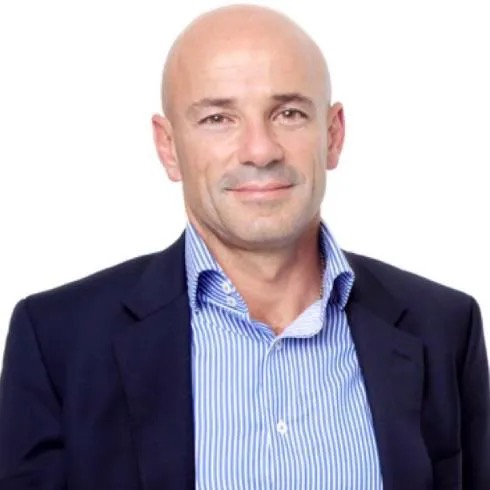 Trade and Investment Commissioner at Austrade

Martin also has a thorough understanding of the internationalisation of businesses, coupled with a solid academic background. He has experience working with a diverse range of exporting companies across various sectors, including agribusiness, professional services, education, METS and major sporting events.

In academia, Martin has been an Associate Lecturer at two Australian universities – his subjects included multinational business finance, international marketing and export procedures.

He is multilingual, a Spanish native speaker, proficient in English, conversant in Portuguese, and has the basics of Italian. He is also an enthusiastic sportsman and traveller, with a particular interest in international politics and social responsibility.

Martin has an MBA from Charles Sturt University, a Postgraduate Diploma in Linguistics from Australian Catholic University, an International Marketing Diploma from Martin College in Sydney and studied law in Cordoba, Argentina.

The China – Australia Chamber of Commerce – South China (AustCham South China) was established in 1994 to develop, promote and expand business relations between Australia and China through the representation of its membership. 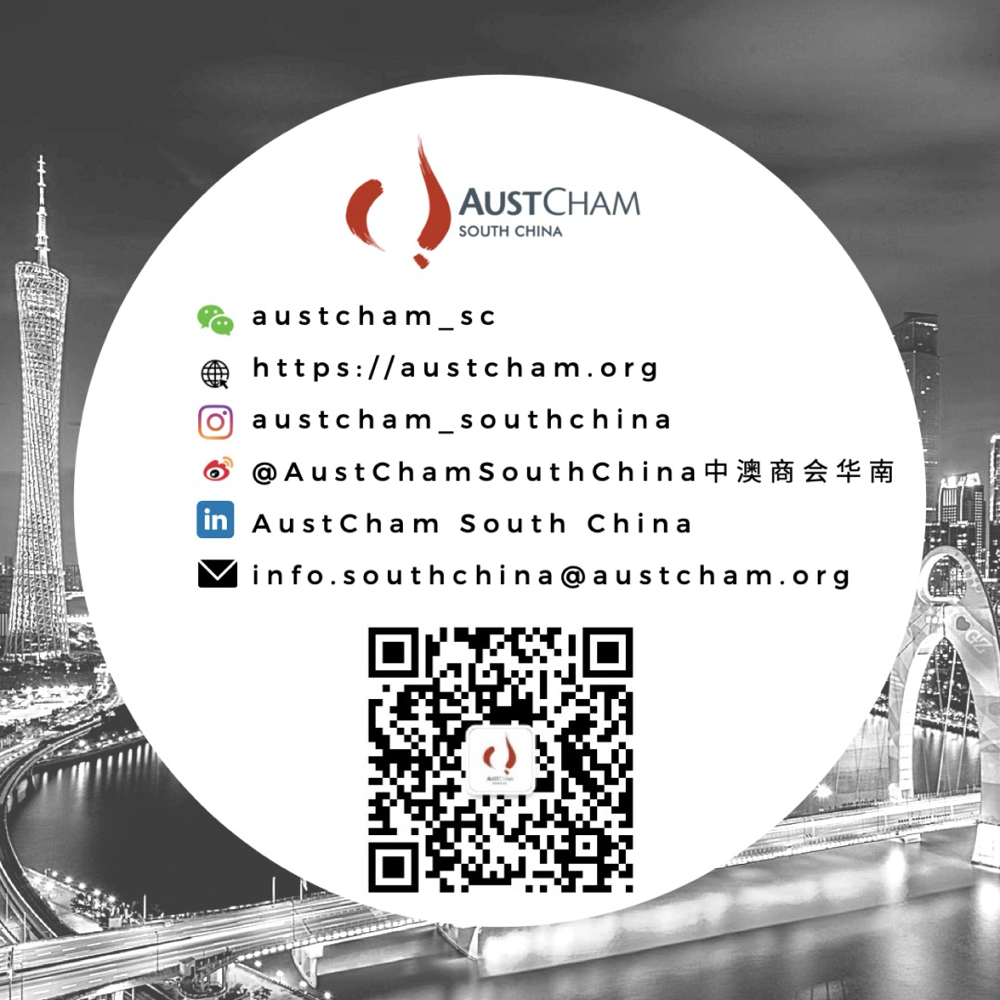